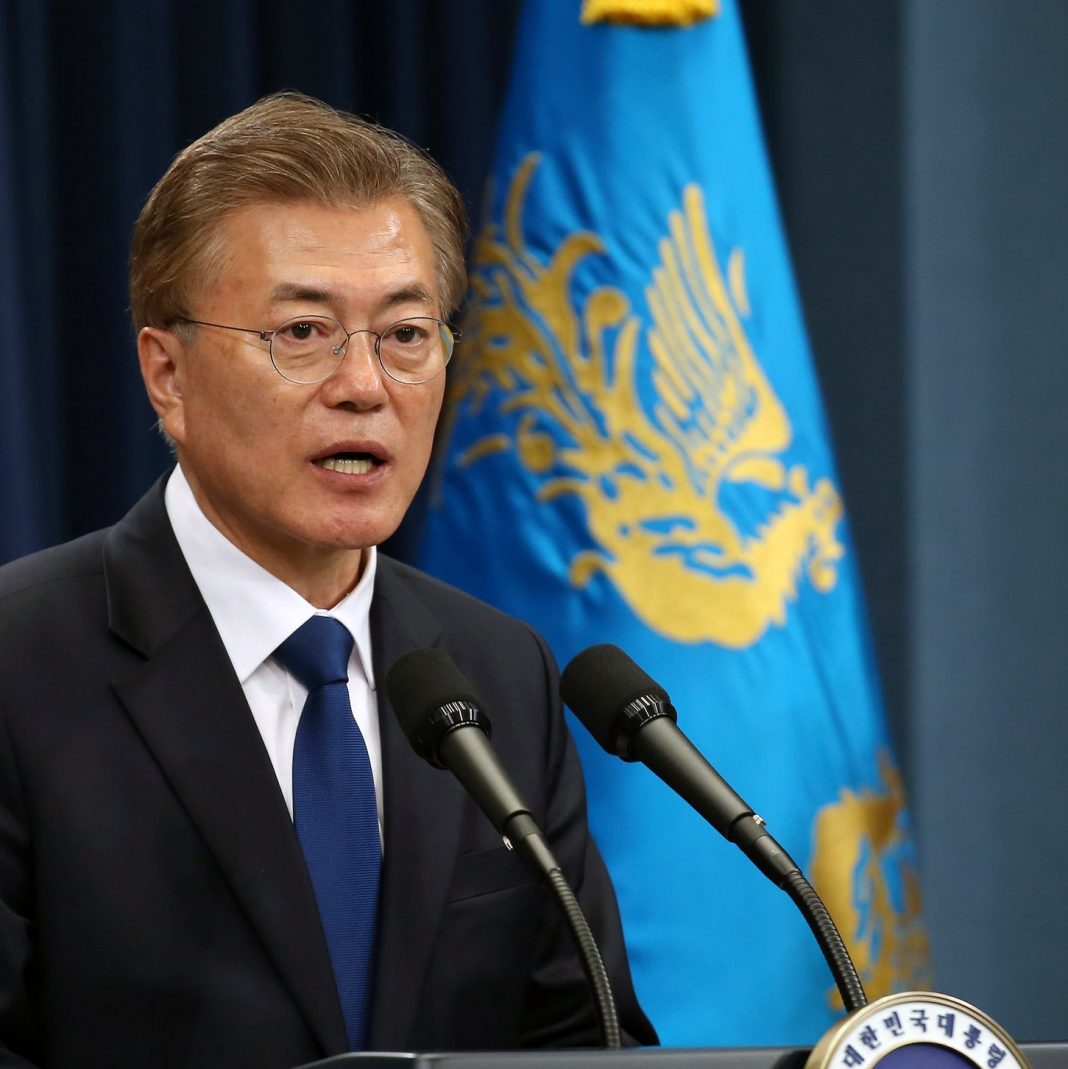 The 9th EU-Republic of Korea Summit took place on 19 October in Brussels. It marked the 55th anniversary of diplomatic relations between the EU and the Republic of Korea and set the stage for a further strengthening of bilateral ties.

“In 2011, the EU agreed its first Free Trade Agreement with an Asian country. That country was the Republic of Korea”, said President Jean-Claude Juncker. “The beneficiaries of this agreement have been our citizens and our businesses, but if our trade relationship is to reach its full potential, we need to ensure that it is being implemented properly. At the same time, we must continue to dispel the notion that protectionism protects, continue to invest in multilateralism, and continue to increase our cooperation in sustainable development and the implementation of the Paris climate agreement. I am confident that in the years to come, our relations will be even more dynamic and our ties even stronger than now.”

Presidents Juncker, Tusk and Moon committed to further develop the EU-Republic of Korea Strategic Partnership, which is underpinned by three concrete pillars: an enhanced Partnership and Cooperation Agreement; an ambitious Free Trade Agreement; and a Framework Participation Agreement for EU crisis management operations. The Summit provided an opportunity to explore further areas for cooperation within the Strategic Partnership.

The EU and Korea are united by common values of democracy, human rights and the rule of law. The Leaders reaffirmed their strong commitment to multilateralism and the international rules-based order, politically and economically, while also supporting global action on climate change and the environment. The EU and Korea will continue promoting free, fair and rules-based trade, modernising the WTO-based multilateral trading system, and maintaining international cooperation against protectionism.

The Leaders discussed a number of pressing issues on the global agenda, chief among them prospects for achieving lasting peace and security on a Korean Peninsula free of nuclear weapons and finding a comprehensive solution through diplomacy, while fully implementing the relevant UNSC Resolutions. The EU supports the Republic of Korea’s efforts and diplomatic initiatives, in particular the three inter-Korean Summits and the US-DPRK Summit, and the implementation of their outcomes. The EU sees the development of inter-Korean relations, the denuclearisation of, and the establishment of a peace regime on the Korean Peninsula as vital for peace and security not only in East Asia, but for the entire world. In this context, the EU stressed the requirement for the Democratic People’s Republic of Korea (DPRK) to completely, verifiably and irreversibly dismantle all its nuclear and other weapons of mass destruction, ballistic missiles and related programmes and facilities.

EU job-search aid worth €4.5 million for 5,000 dismissed workers in Estonia