Europe needs to mediate an end to the stand-off with Madrid, according to the exiled former president of the Spanish region of Catalonia. In a book on the crisis that forced him to flee a Spanish arrest warrant, Carles Puigdemont suggests that EU President Donald Tusk would fit the bill.

In an interview with the Agence France-Presse (AFP), after launching the book, Puigdemont admitted he had not broached the idea with the former Polish leader.

“I cite him simply because of the importance of his role, for his great neutrality, as one possibility, not the only one,” the pro-independence leader said.

According to AFP, officials close to Tusk, who heads the council of leaders of EU member states, did not respond to a request for comment.

Tusk criticised the use of force to counter last year’s banned Catalonia independence referendum but has said Madrid is his only interlocutor.

In his book, titled “The Catalan Crisis: An Opportunity for Europe”, and in his interview, Puigdemont calls for “independent international mediation”.

He told AFP that his priority would be a negotiation with Spain to lead to a “recognised referendum” but says that otherwise October’s vote remains legitimate. 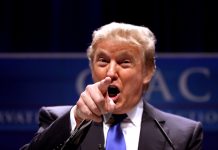