Giuseppe Conte has given up the mandate to form a government, given to him on May 23, an official from Italy’s presidential palace said in a statement late on May 27.

Speaking to reporters after he informed Italy’s President Sergio Mattarella of his decision to resign, Conte said he “gave the maximum effort, attention, to carry out this task with the full collaboration” of would-be coalition partners – the anti-establishment 5-Star Movement and far-right League.

As reported by Deutsche Welle (DW), Germany’s international broadcaster, Conte had met Mattarella with his list of ministers in a bid to end the country’s political stalemate. But the two could not agree on Savona’s role in what would have been Western Europe’s first populist government. Mattarella is staunchly pro-Europe.

“I have given up my mandate to form the government of change,” Conte told reporters after leaving failed talks with Mattarella.

Italy has been without a government since elections on March 4 ended in a hung parliament.

The country is now expected to go to the polls again after the summer.

As reported by The Guardian, the president’s move to quash Savona’s nomination was unprecedented in recent history and exposed a deep divide between Mattarella, who serves as the head of state and is supposed to be politically neutral, and the two populist parties – the Five Star Movement (M5S) and the far-right Lega (formerly the Northern League) – who have struggled desperately to form a government and support a more antagonistic relationship with Brussels.

According to the BBC, President Mattarella had warned on May 27 that the prospect of a populist government “alarmed Italian and foreign investors” and worsened the “spread” – the gap between Italian and German 10-year government bond yields.

The spread rose to 215 basis points on May 25 – the widest in four years. Ratings agency Moody’s warned that it might downgrade Italy’s sovereign debt rating to “Baa3” – one notch above the junk rating. 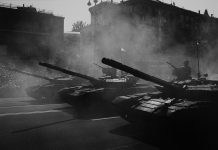 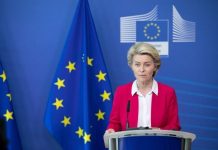 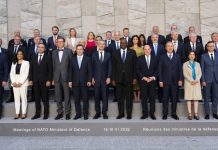 NATO Defence Ministers lay the ground for the Madrid Summit