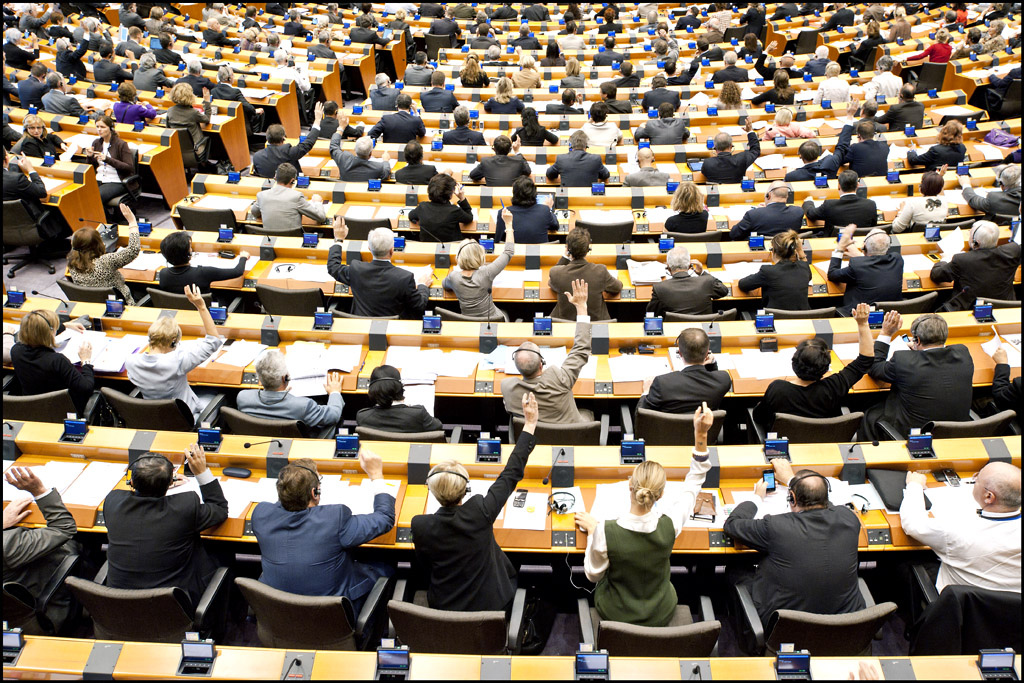 The European elections produced some unexpected and positive results. Participation increased significantly and the highly anticipated populist and extremist break-through did not materialise. They also indicate that excelling in the fine art of compromise will become more difficult not only in the European Parliament but also in the European Council. From the Church point of view and for Justice and Peace Europe the promotion of the common good and the concept of the integral ecology, which combines social justice, peace, human rights and the environment, should remain essential features of our work. This could translate into the creation of a European Laudato Si’ Alliance at the level of the European institutions.

1) The participation in this year’s EP elections stands at 51%, which is nearly 10 points higher than in 2014. For the first time since direct elections have been organised participation has gone up. Several reasons can be advanced for this unexpected though very positive development. First of all there may be a general rise in awareness that the European Parliament deals with key issues like climate change, labour in the globalised economy, migration or digital rights and that it can actually make a difference. This may explain higher participation rates in the Czech Republic (+10 points), Denmark (+10 points), Germany (+ 13 points), Hungary (+ 15 points), Slovakia (+10 points). However, there were also many national issues or circumstances that need to be taken into account. Some examples: Austria is in the midst of a governmental crisis and the European elections were also a test of the political mood in the country. Therefore, nearly 60% put their vote in the ballot box instead of 45% in 2014. In France, the European elections were presented as a test to President Macron after the national yellow vest crisis, which may explain an increase in participation by 8 points. In Poland, where participation jumped from 24,5% in 2014 to 45,5% this year, European elections were also declared a test for general elections in October. Romania had a national anti-corruption on the same day and 51% turned up (32,5% in 2014). In Spain – 20 points up to 64% – local elections were held in parallel. By contrast the turn out remained stable in the UK and stood at 37%.

2) Against many fears right and left wing extremists didn’t win the European elections 2019. On the left the European United Left (GUE/NGL) lost 14 seats and will have only 38 deputies. On the far right the Europe of Nations and Freedom group (ENF), composed mainly of the French RN, the Italian Lega and the Austrian FPÖ won 21 seats and now stands at 58. Its size may still increase depending on the decision of the German AfD to leave the EFDD group mainly composed of the Italian Five Star movement and UKIP/Brexit Party. This group, which now counts 54 MEPs instead of 40 in the last legislature, may actually falter, because it may prove difficult for them to win deputies from parties from seven different countries. The group will also loose many of its members once MEPs from the Brexit Party will have to leave after the end of October deadline. Finally the ECR group, made up of Eurosceptic parties like the Polish PiS and the Flemish N-VA, is credited with 63 seats and therefore about to loose 15 members. The combined number of MEPs of these three groups is 175, which means that they have gained just 20 seats. This is not much more than the Greens who won 17 additional seats (now 69) and only half of the nearly 40 deputies that have increased the ranks of the Liberals. In fact, ALDE has become the third largest group in the EP, mainly because of the French En Marche MEPs. The Christian Democrats (EPP) and the Socialist S&D groups remain the two largest groups in the European Parliament. However there losses are considerable. EPP will have 178 instead of 216, S&D 153 instead of 185 and for first time both groups will not be able to muster an absolute majority. To reach the threshold of 376 MEPs they will need the support of either the Liberals or the Greens or of both. With 505 seats these four groups form a strong pro-European bloc.

Despite its diminished size the EPP continues to hold a key role within this bloc, because a coalition of the three others will not be sufficient to reach the absolute majority, which is for example necessary to vote for the next Commission president or the president of the Parliament.

3) Two major decisions lie ahead: Who will preside over the European Commission? What will the Multiannual Financial Framework look like? The first decision implies a series of other nominations for EU top jobs, especially for the President of the European Council, the European Parliament, European Central Bank and the function of High Representative/Vice-President in charge of External Relation. The European Parliament insists on the Spitzenkandidaten- system, which means that the head of the Commission must be chosen among the lead candidates of one of the groups in the new Parliament. This would be most probably the German EPP MEP Manfred Weber. It could also be the Dutch Socialist Frans Timmermans or the Danish Liberal Margrethe Verstager, who was part of the lead team of the Liberals. By accepting this rule for a second time after the nomination of Jean-Claude Juncker the European Council would definitively abandon the prerogative enshrined in the Treaties of selecting a candidate “in the light of the European election results”.

For this and other reasons the experienced French Michel Barnier may have an outsider chance. In any case the candidate proposed by the Council – Spitzenkandidat or not – will have to gain an absolute majority in the European Parliament as mentioned above, which implies an agreement among the four pro European groups. Such an agreement would cover the other positions at the top of the European institutions and possibly also legislative proposals (climate, digital rights, taxation and money laundering…) as well as first promises regarding the budget within the Multiannual Financial Framework. The latter has to be adopted unanimously in the European Council, whilst the candidate for the Commission presidency can be chosen by a super majority of 74% of the weighted votes from a majority of member states. This is an important threshold with regard to the three Eurosceptic governments in Hungary, Italy and Poland (not counting the out-going UK).

4) The increased participation in the elections and a more moderate anti-EU rhetoric of extremist parties (e.g. the French Rassemblement National) shows that Europeans want to remain in the EU. For Justice and Peace Europe this should be a very positive development. The important role of climate change in the electoral campaign should encourage us to pursue the initiative to create a “European Laudato Si’ Allliance” with other Catholic partners in Brussels and to prepare a convincing Concerted Action 2020 on the common good of the oceans.

Regarding the four issues in our annual concerted action 2019 one can predict that the new parliament will be a strong force to reduce the amount of food waste. We may hope for some progress towards a binding international treaty on Human Rights and Business. Probably, efforts to reduce arms exports from the EU will have to remain high on our agenda. The single market continues to redistribute opportunities along geographical criteria. The East and the South versus the North and the West, the rural versus the urban create new borders, which are also partially reflected in the election results. The EU will have to address this in its future budget and in reframing the single market. Starting with the next General Assembly and International Workshop in October in Bratislava this issue of social justice should remain high on the agenda of Justice and Peace Europe.

Stefan Lunte is the General Secretary of Justice & Peace Europe and Adviser at the COMECE secretariat. 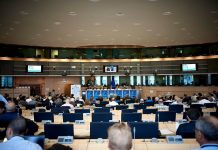 EESC: The success of the new EU Roma framework lies on the Member States 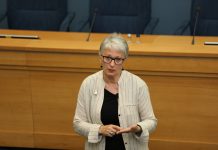