The Socialists and Democrats (S&D) Group in the European Parliament stated its disappointment after the March 28 hearing of European Commissioner Gunther Oettinger in the budgetary control committee on the Selmayr affair.

The S&D Group said it is “deeply disappointed” with the method and the current rules followed by the European Commission in the appointment of Martin Selmayr as Secretary General. This is why S&D tabled an amendment in the budgetary control committee calling on the Commission to present and adopt the new procedures by the end of 2018.

“We believe, however, that it would be a fatal mistake to boycott the European Commission in this very sensitive historical moment for EU, facing huge challenges such as Brexit, migration, terrorism and the economic crisis,” said the S&D Group.

“We are thankful to Commissioner Gunther Oettinger for having answered all the relevant questions today at the hearing in the budgetary control committee. Nonetheless, from this painful experience we have seen that the current rules are widely lacking and must be rewritten in favour of greater transparency.

“This is not personal, nor is it retaliation on the basis of nationality. We want to be sure that the next Commission can reassess the post of the next Secretary General on the basis of these new rules and procedures. This must of course be valid not only for the European Commission, but for all high ranked staff and administrators in the European Institutions.”

In a statement, the S&D Group called for a reassessment of this post, once the Juncker Commission finishes its mandate, according to new rules based on transparency, collegiality and equal opportunities.

“When Juncker’s mandate is over, the post of Secretary General must be reassessed,” said S&D budgetary control committee coordinator, Ines Sender Ayala. “This must be done according to a new set of rules inspired by a greater transparency, a collegial approach and an equal opportunities based principle.” 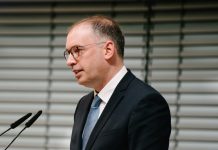