Turkey’s President Recep Tayyip Erdogan is scheduled to visit Germany in September. Ahead of the visit, speculation is rife that Berlin could be ready to offer Ankara financial aid.

This is a possibility, according to Andrea Nahles, the leader of the Social Democratic Party (SPD), a junior partner in Chancellor Angela Merkel‘s conservative coalition government.

“A situation might arise where Germany needs to help Turkey, regardless of political tensions with President Recep Tayyip Erdogan,” Nahles said in an interview published on August 19, adding that, “Turkey is a Nato partner who we cannot ignore.”

As reported by CNBC, however, Berlin appeared to seek to distance itself from Nahles’ comments.

On August 20, a government spokesman saying the question of financial assistance for Turkey is “not relevant at the moment,” Reuters reported, and that it is up to Turkey whether it wants to ask the International Monetary Fund (IMF) for help.

“The question of German aid for Turkey is not on the government’s agenda at the moment,” the government spokesman, Steffen Seibert, said during a regular government news conference.

Turkey is experiencing currency volatility amid a public spat with the US.

“(Financial assistance) could be on the cards but I don’t see (the chance of) this happening as very likely,” Olaf Boehnke, senior advisor at Rasmussen Global, told CNBC’s Capital Connection on August 20.

“Most of all because Erdogan and his government are so reluctant to accept any foreign support because there’s an issue of pride for them. But if there would be scenario where (they) would actually need this kind of assistance, I think Germany would give assistance, definitely.”

Turkey’s dispute with the US centres over the country’s detention of American pastor Andrew Brunson and US President Donald Trump has not ruled out economic sanctions if Ankara does not free him.

According to CNBC, the souring of relations between Washington and Ankara comes at a bad time for Turkey and has caused the lira, already in turmoil due to concerns over Erdogan’s possible influence over the country’s monetary policy, to fall further against the dollar.

This year, the dollar has strengthened just over 50% against the Turkish currency. The central bank has kept interest rates high to contain inflation, but Erdogan wants lower interest rates to encourage spending and economic growth.

Credit ratings agencies Moody’s and S&P downgraded Turkey’s credit rating last week and the latter said it expects a recession in Turkey in 2019. 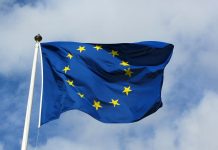 S&Ds demands the EC to postpone the entry into force of...

EP stands up for democracy in Hungary during COVID-19

S&Ds: Coronavirus is no excuse for lockdown of democracy in Hungary