Brussels should suspend the EU-US Privacy Shield since it fails to provide enough data protection for European Union citizens, according to EU lawmakers.

According to the European Parliament’s Civil Liberties Committee, the data exchange deal should be suspended unless the United States complies with it by 1 September 2018.

Following the Facebook-Cambridge Analytica data breach, Civil Liberties lawmakers stressed the need for better monitoring of the agreement, given that both companies are certified under the Privacy Shield.

They also expressed concern about the recently adopted Clarifying Lawful Overseas Use of Data Act (CLOUD Act), a US law that grants the US and foreign police access to personal data across borders.

“The LIBE committee today adopted a clear position on the EU US Privacy Shield agreement,” said Civil Liberties Committee Chair and rapporteur Claude Moraes (S&D, UK). “It is therefore up to the US authorities to effectively follow the terms of the agreement and for the Commission to take measures to ensure that it will fully comply with the GDPR.”

The resolution, which was passed by 29 votes to 25, with 3 abstentions by the European Parliament’s Civil Liberties Committee, will be tabled for a vote in the full House next month. 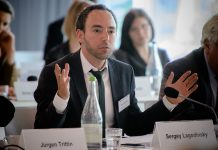 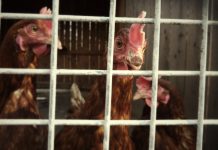 We must not let the ethno-nationalists play with fire in Bosnia-Herzegovina!...