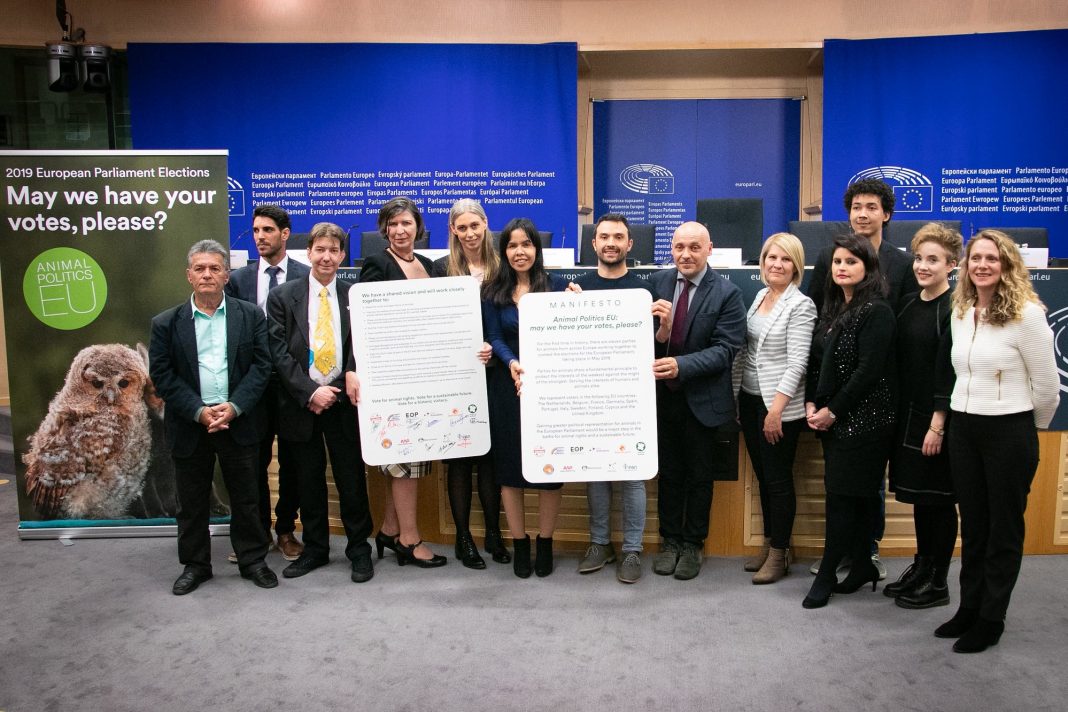 On Thursday, April 4 the representatives of 11 parties presented their collective manifesto called “Animal Politics EU: May we have your votes, please?” in a press conference at the European Parliament.
Share on Facebook
Tweet on Twitter

For the first time in history, as many as 11 parties for animals from across Europe are preparing to participate in the European Parliament elections. International movement Animal Politics EU consists of the Party for the Animals in the Netherlands and its ten European sister parties from Belgium, Germany, Finland, Sweden, France, Spain, Portugal, Italy, Cyprus, and possibly the United Kingdom. On Thursday, April 4 they presented their collective manifesto called “Animal Politics EU: May we have your votes, please?” in a press conference at the European Parliament.

The parties say that gaining greater political representation for animals in the European Parliament would be a major step in the battle for animal rights and a sustainable future.

According to their collective Manifesto the parties will fight for:

In 2014, the Dutch Party for the Animals and the German party Mensch, Umwelt, Tierschutz were the first parties for animals ever to gain a seat in the European Parliament. Anja Hazekamp and Stefan Eck are respectively the two pro-animal rights MEPs

“In more and more countries, animals are given a voice in politics, which reflects the growing resistance to the way animals are treated. Our growing international movement is consistent in protecting human as well as animal interests,” says Anja Hazekamp MEP.

Their representatives said that according to the polls the movement will likely gain 5 to 7 seats in the forthcoming European Parliament elections. They estimate that PACMA in Spain could elect two MEPs, the Partij voor de Dieren in the Nederlands up to two, the Partei Mensch, Umwelt, Tierschutz in Germany 1-2 and the Portuguese PAN 1. This means the animal rights movement in the European Parliament could triple in size.