The European Court of Human Rights (ECHR) has ruled that Turkey acted illegally in detaining two journalists who were arrested in the wake of the July 2016 failed military coup.

This is the first judgement by the Strasbourg court relating to the situation facing journalists in Turkey.

Specifically, the court found that in the cases of journalists Mehmet Altan and Sahin Alpay there had been violations of the right to liberty and security, and of the right to freedom of expression.

As reported by Euronews online, the pair are just two of hundreds of journalists arrested during a wave of detentions following the failed coup in July 2016.

Alpay, 74, was a columnist for the daily newspaper Zaman, which was shut down following a decree by President Recep Tayyip Erdogan five days after the attempted military takeover. Last weekend a court ordered his release under house arrest after more than a year in detention.

Altan, an economics teacher and journalist who presented a political TV programme, was sentenced to life in prison in February for belonging to a terrorist organisation, due to alleged ties to the US-based Muslim cleric Fethullah Gulen. Five other journalists including Altan’s brother received the same sentence.

The ECHR’s decision said “the investigating authorities had been unable to demonstrate any factual basis” to determine the journalists’ guilt. The court said Turkey should pay both men €21,500 in damages. One Turkish judge issued a partly dissenting opinion, challenging the court’s jurisdiction.

The European Court of Human Rights is recognised by all 47 member states of the Council of Europe – including Turkey and all European Union countries. However, it is strictly a European, not an EU, body.

Meanwhile, on March 20, the United Nations said Turkey had committed “profound human rights abuses against hundreds of thousands of people” and accused Ankara of extending the post-coup state of emergency to crack down on opposition. 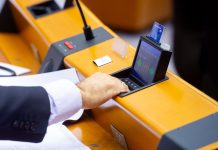